I sat nearly knee to knee with my Doctor. We had been through a lot; endometriosis surgery, hormone therapy, several conversations and visits. It had been five years of trying.

He had just hung up the phone with a friend/co-worker; a specialist in IVF. Both determined I wasn't a good candidate. "You just might never have another baby," he said.

For five years I felt "infertility limbo." I had a child. I conceived and birthed a healthy baby boy. But then endometriosis and hopelessness ran through my body like noxious weeds. I didn't fit in with childless women, nor did I find myself at home with larger families with "Yes, she/he's our 'oops baby!' haha", and "Oh, my gosh! I have too many kids, haha!"

One day I felt off. I had taken so many pregnancy tests throughout the years, this was nothing out of the ordinary, except the one test I had left had been given to me from a friend who had conceived her first try. She didn't need the 100 pregnancy tests she had purchased from China. So, I took one of the 99, and peed.

It was negative, as far as I could tell - it was a bit of a DIY project just to take the test. It involved scissors and a water bottle. I threw it in the trash.

The next day I glanced in the trash while peeing. Obviously it appeared to have a line. This was an expired, second-hand pregnancy test, from China. I did not think twice about it. I'm late. This isn't new. But I buy a legitimate test from a pharmacist who gave me the up/down like I was a cheerleader in trouble. Pregnant.

Weeks go by. Sickness hits. "Ok, I was sick for the first 20 weeks with Gavin, this sucks, but whatever," I tried telling myself, but no. This is different.

My husband calls my Doctor. He wants to see me ASAP. He fears I'm having an ectopic pregnancy. He does the ultrasound himself. Twins.

At a 26 week scan, they noticed Baby A. was experiencing intermittent blood flow. This is concerning. I am transferred to a closer hospital because immediate delivery is not out of the question. Lots of doctors would deliver. Mine decided to give me steroids, magnesium, and all that fun stuff and hook me up to 24 hour monitoring.

For 72 hours I laid flat on my back...in a hospital bed...hooked up to three monitors. I could not move.

We struck a deal with my Doctors that if I returned every morning at 8:00am, they would do an entire anatomy scan on both babies and a non-stress test on me. I had to be prepared to either:1) deliver right then 2) be put back in the hospital for more continuous monitoring or 3) go home with the reassurance that "our babies would most likely be viable for another 24 hours."

We did this for 7 weeks.

Piper and Gretel are here.

They spent 6 weeks in the NICU growing. They were tiny and preemie, but healthy.

Gretel has a stenosis but no one seemed too concerned, so ok...

They are a little late on milestones, but adjust their age and no one is too concerned, so ok... 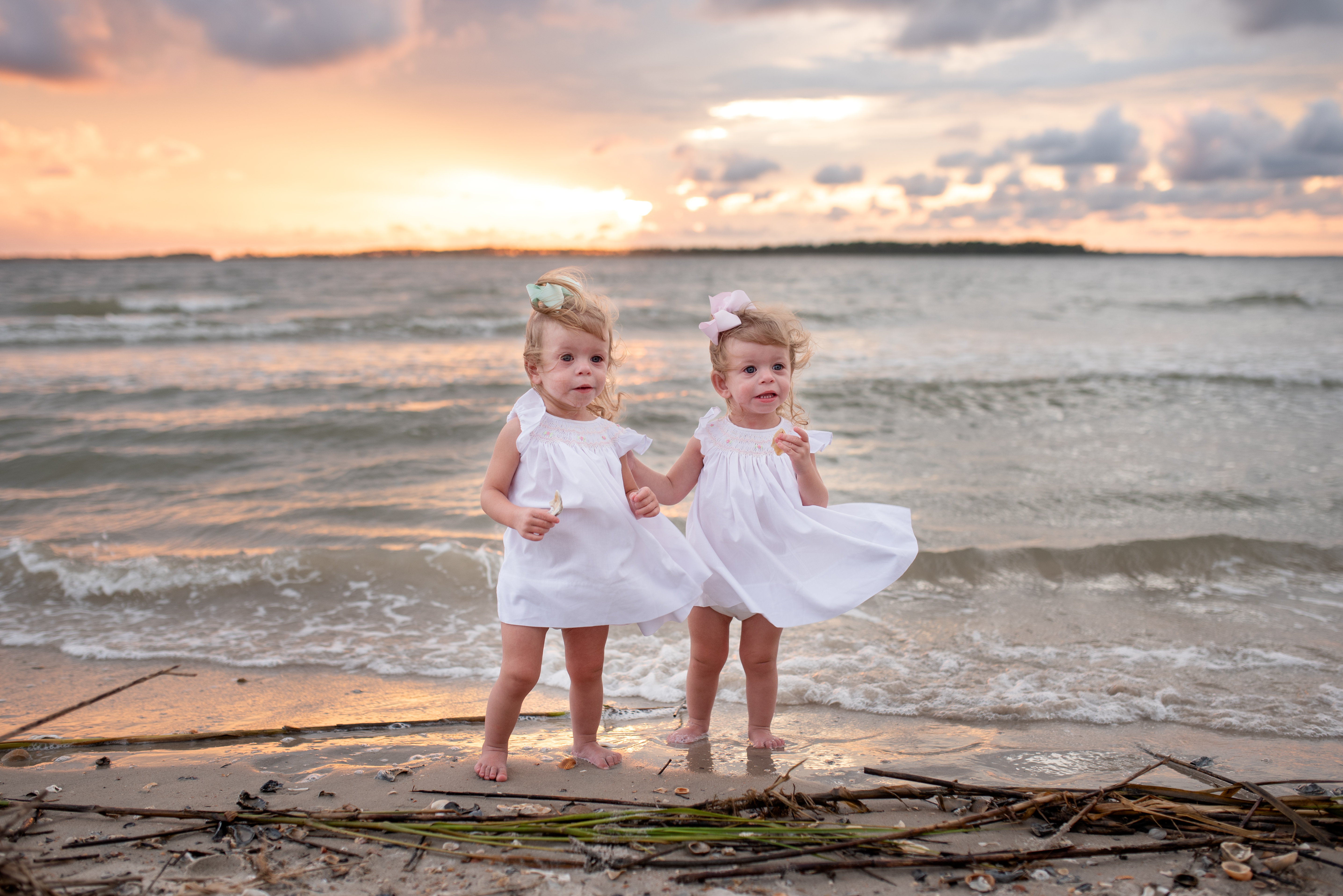 A few weeks after Gretel's routine Cardiology appointment, I receive a phone call. It's her cardiologist. He's a lovely man and extremely meticulous. He asks if I had taken the girls to be genetically tested. "Ugh, No.' I said. "Oh", he says. "Well, I'm sending in the referral and I would just like you to take Gretel to be tested." 'Ugh, ok."

**disclaimer** In the State of South Carolina there is a program called BabyNet. It is a state funded program to help give kids the early intervention they need to succeed. There is also a genetic center in the Upstate of South Carolina called The Greenwood Genetic Center. They are one of the top world genetic centers in the world. They have combined with BabyNet and offer free genetic testing to all children in the program. Our girls were in the program under a "premature" diagnosis. **

The appointment was six months out. I figured it was just a pediatric cardiologist being a little overly cautious.

The day of the appointment came and Jared was out of town. I was sick. The girls hadn’t slept well. I wanted to cancel. I had so many good excuses. Remembering the next available spot might be another 6 months away, I pulled myself together, loaded the double stroller, and we were out the door.

What happened next was like one of those moments in movies where the actor’s perspective gets blurry, they hear people talking to them but it’s as though they are in a tunnel very far away.

The babies I spent 8 months in bed or on the bathroom floor trying to grow.

The babies that had to be monitored everyday for seven weeks to make sure they were still going to be alive.

The babies that were taken away from me the moment they were delivered because they were 3 lbs and not breathing on their own.

The babies that spent six weeks in the NICU fighting for their lives.

The babies I got out of bed just after surgery so I could touch their little hands for the first time.

The babies I didn’t get to hold until days after they were born.

The babies that still don’t sleep through the night.

The babies that still only weigh 17lbs at 21 months old.

The babies that wear 3-6 month clothes.

I tried to grasp the concept that these babies hadn’t been through enough. That they might have something. Some syndrome I had never heard of.

We waited. I waited for four weeks. Every phone call made my heart ache and my stomach fall. Then, in the Costco parking lot, my phone rang. This time it was the geneticist calling. Williams Syndrome. 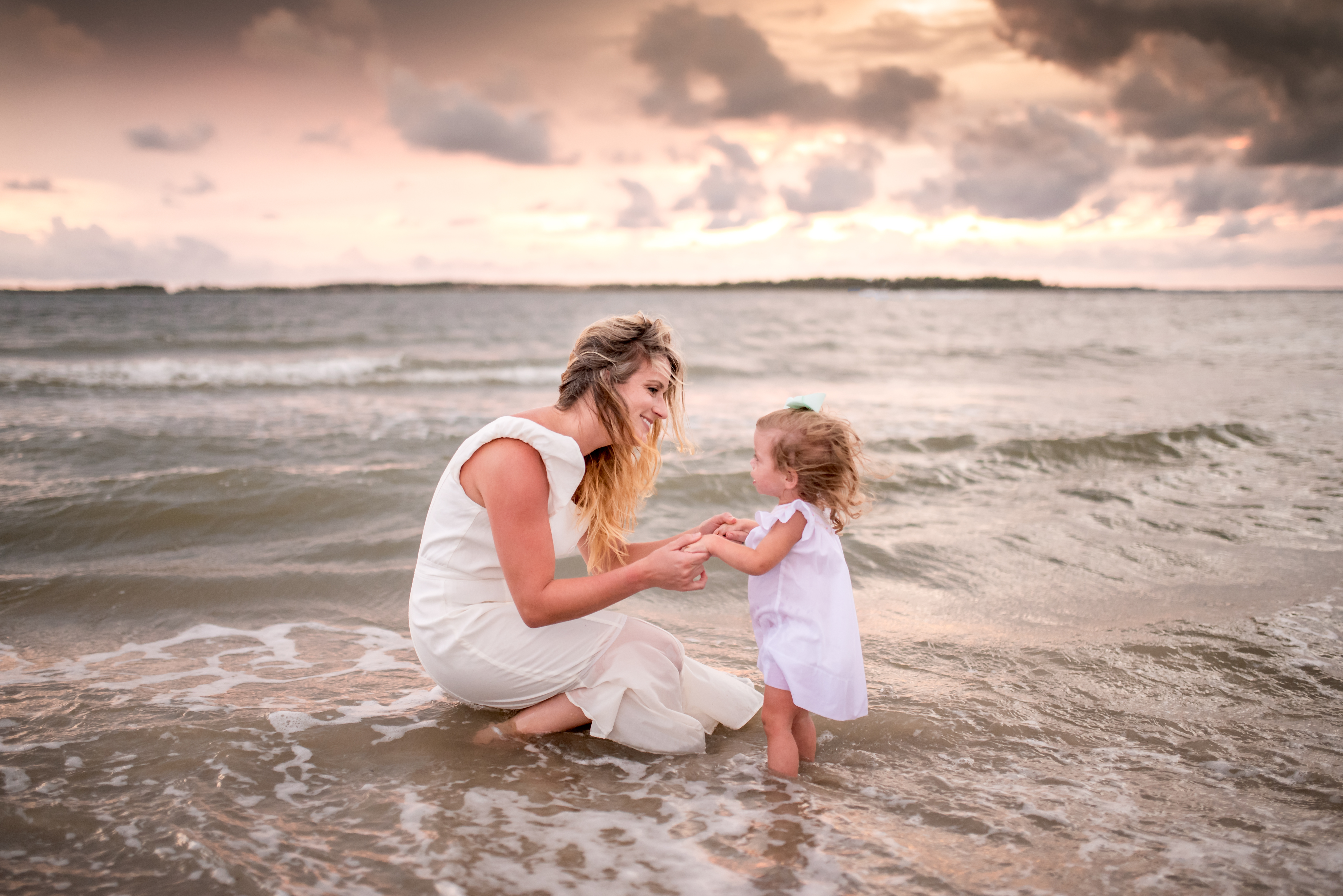 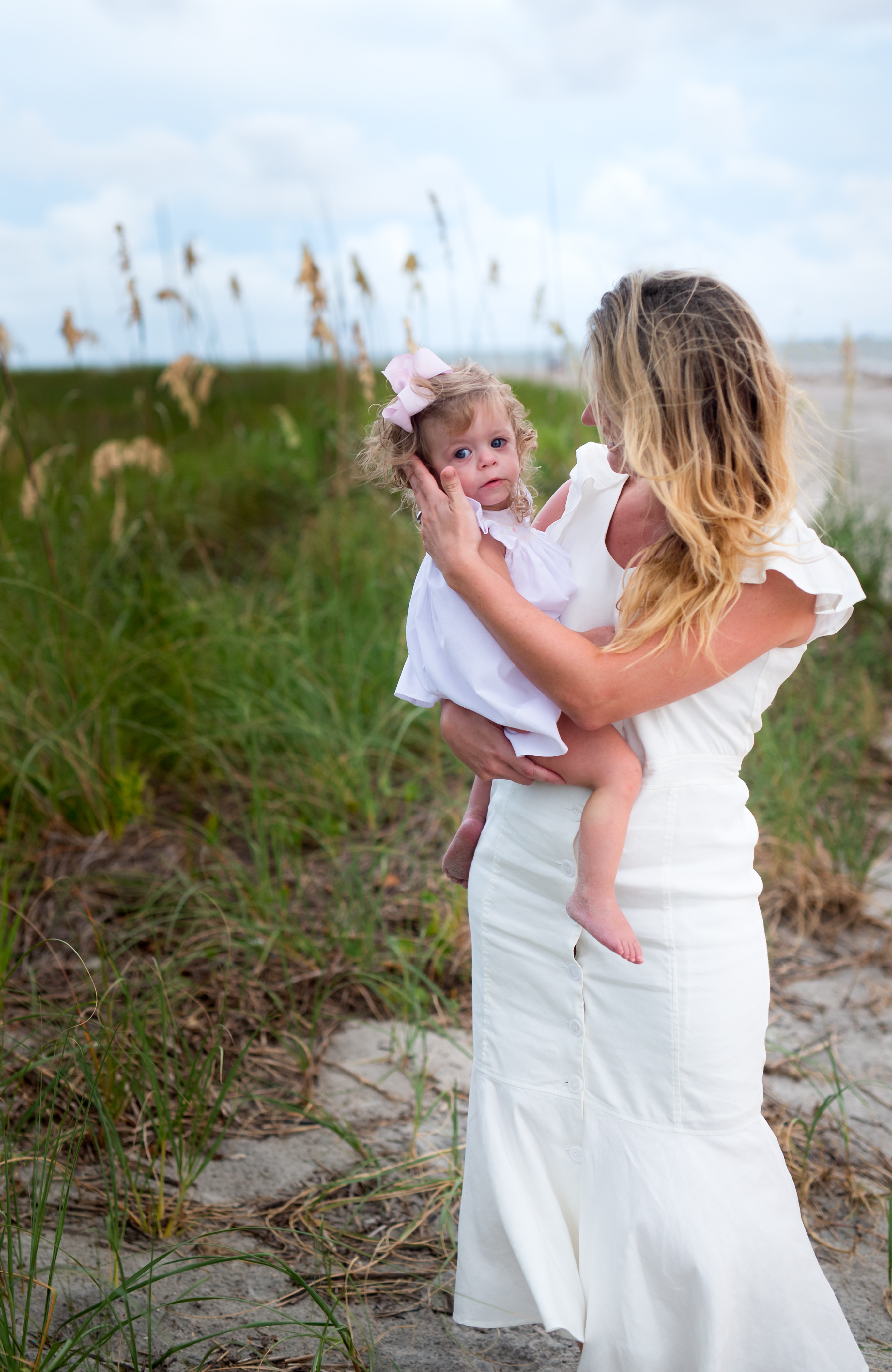 Oh wow! They are so perfectly beautiful they look like dolls. God bless you and your family.

Your daughters are lovely! :) I am also a mom of 2,5-year-old Williams Syndrome Girl. I keep my fingers crossed for all of you :)

Wow what an amazing woman you are! Your love of your children is undescribable.
May the future of your beautiful girls be bright and successful. Keeping you in my thoughts and sending universal love to you and your family.